You are using an outdated browser. Please upgrade your browser by clicking here to improve your experience on our website & your security. Simply download an updated browser and refresh the page.

During refurbishment works to the soffit of a Sunderland University building over 170 metres of cracks were identified. The team at CSC Services were tasked with emergency repairs, as well as the wood treatment to protect against future problems.

A Sika crack injection system was used to seal and repair the overhead cracks. This particular system can be used on cracks of between 0.2mm to 5.0mm in concrete structures.

In preparation, dustless grinders were first used to clean the cracks for repair, before injection flanges were fixed over the centre of each crack surface for sealing with Sikadur 31, an epoxy adhesive mortar from Sika.

Sikadur 52 was then injected under pressure from the lowest flange until it exuded from the next flange. The first port was sealed off and the second port injected. This process was repeated for the remainder of the cracks. Once the cracks were filled and Sikadur 52 fully cured, ports were removed, and all excess adhesive mortar and resin ground back.  Sika 52 is a reliable and effective product with low viscosity, suitable for both dry and moist environments, ability to be used at low temperatures and its lack of shrinkage on hardening. 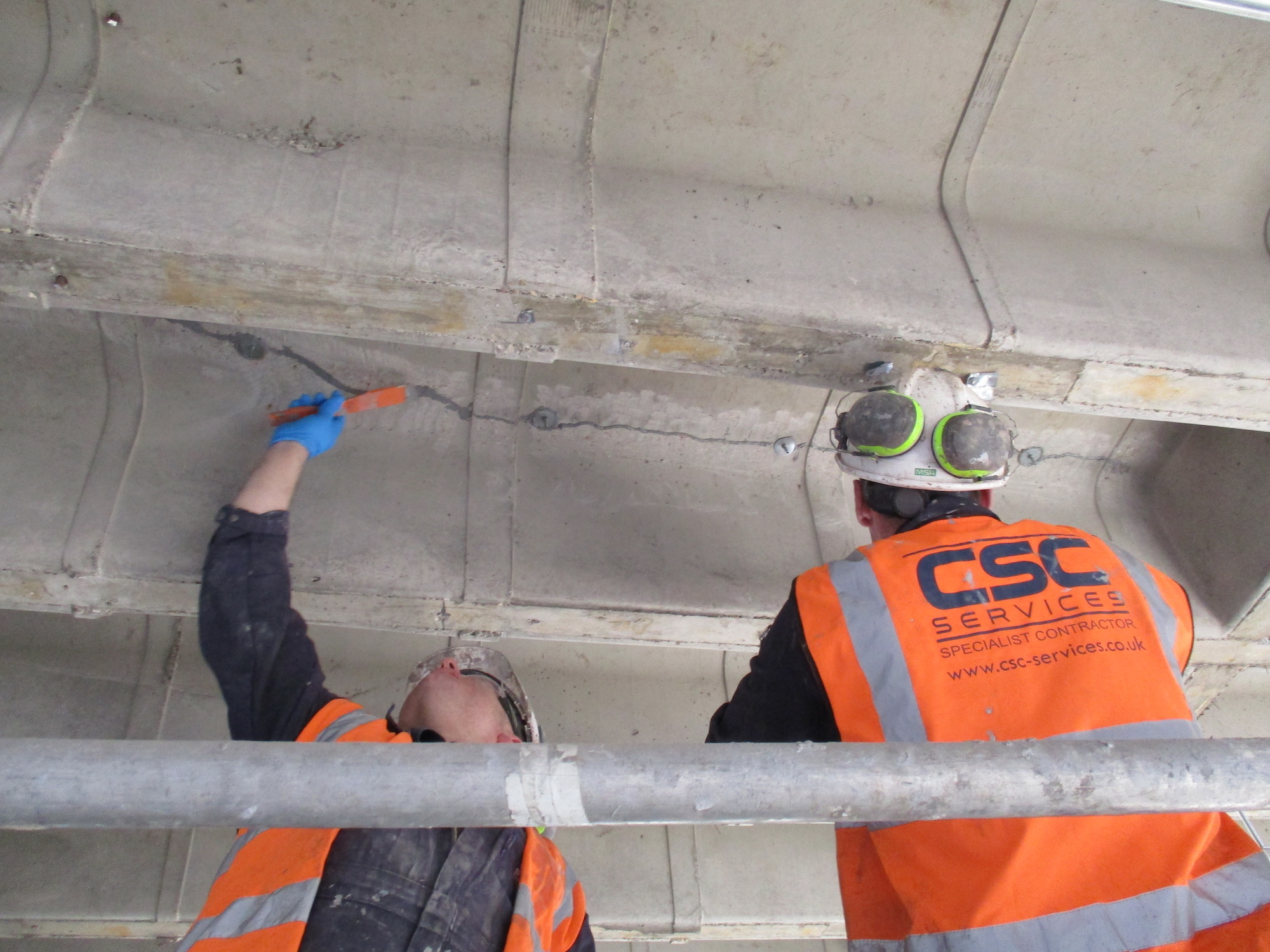 Crack repairs were then overbanded with a Sika Combiflex system. This high performance joint sealing system is used on construction, expansion and connection joints as well as cracks. When fixed to the joint or crack it allows irregular and high movement in more than one direction, whilst maintaining a high-quality seal.

The below slide show highlights our team operatives at work within Sunderland University, installing this high performance joint and crack waterproofing system as part of our epoxy resin concrete repair services.

At CSC Services, we can install high performance joint and crack injection waterproofing systems to a range of concrete structures including basements, infrastructure and sewage treatment plants.

Speak to us about your next epoxy resin concrete repair project